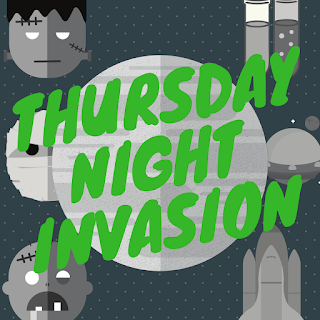 In the Florida Everglades, a pair of larger-than-human, intelligent leeches live in an underwater cave. They begin dragging locals down to their cave, where they slowly feed on them, draining their victims of blood. Two of the first victims of the leeches are local vixen Liz Walker, who has been cheating on her husband, and Liz's latest paramour. Game warden Steve Benton sets out to investigate their disappearance. Aided by his girlfriend, Nan Grayson, and her father, Doc Grayson, Benton discovers the leeches' underwater cavern.

One night after hearing the words of Maxwell H. Brock, a poet who performs at The Yellow Door cafe, the impressionable busboy Walter Paisley (Dick Miller) returns home to attempt to create a sculpture of the face of the hostess Carla. He stops when he hears the meowing of Frankie, the cat owned by his inquisitive landlady, Mrs. Surchart, who has somehow gotten himself stuck in Walter's wall. Walter attempts to get Frankie out using a knife, but accidentally kills the cat when he sticks the knife into his wall. Instead of giving Frankie a proper burial, Walter covers the cat in clay, leaving the knife stuck in it.
Location: 234 Willard St suite c, Cocoa, FL 32922, USA